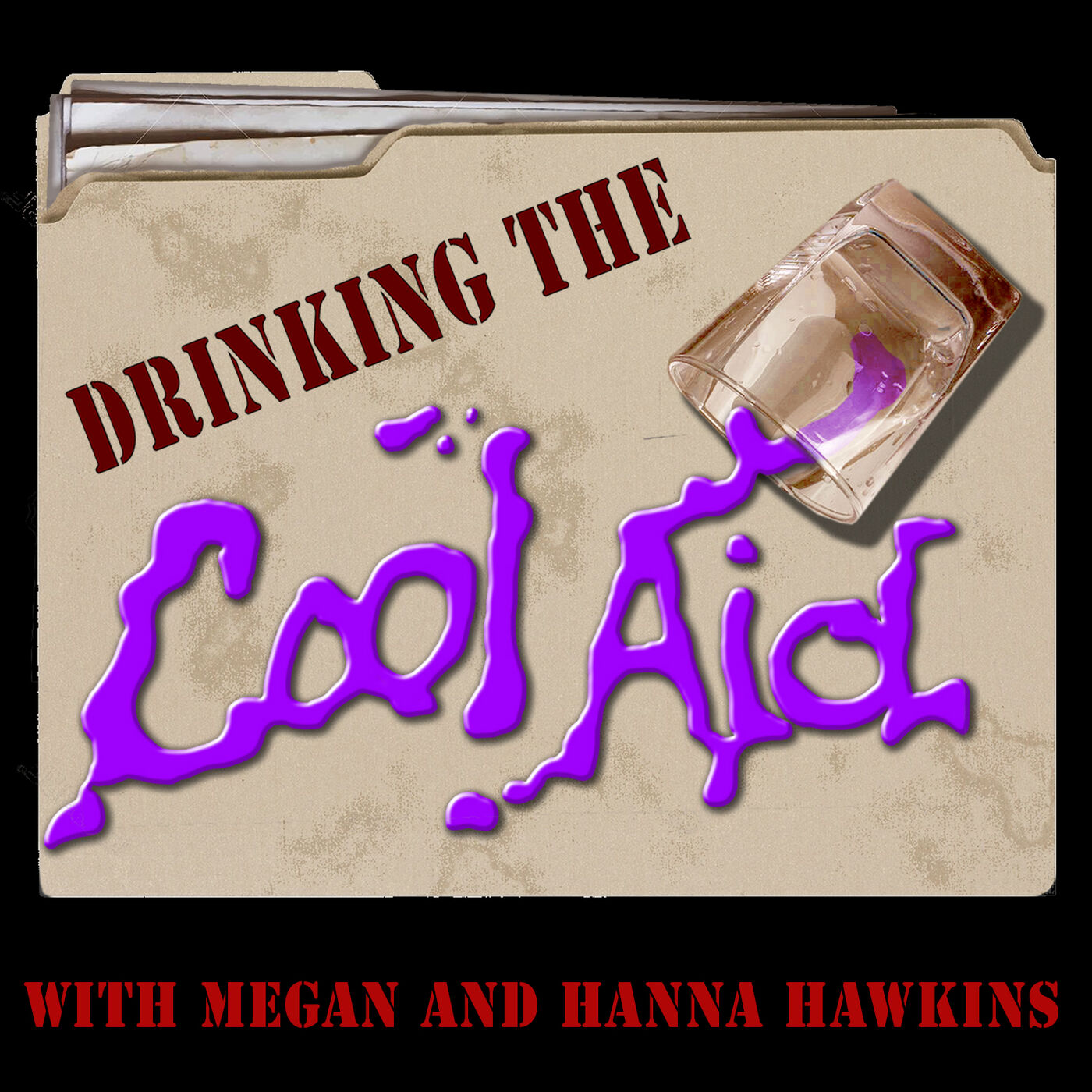 On February 14th, 2017, the bodies of 13-year-old Abigail Williams and 14-year-old Liberty German were discovered near the Monon High Bridge Trail, which is part of the Delphi Historic Trails in Delphi, Indiana.  A photo and audio recording of an individual believed to be the killer was found on Libby's phone, but an arrest has never been made.  If you have any information regarding the murders, please call 844-459-5786 or you can email tips anonymously to abbyandlibbytip@cacoshrf.com

On February 14th, 2017, the bodies of Abigail Williams and Liberty German were discovered near the Monon High Bridge Trail, which is part of the the Delphi Historic Trails in Delphi, Indiana. A photo and audio recording of an individual believed to be the killer was found on Libby's phone, but an arrest has never been made, this is the Delphi murders.

Libby was described as wise beyond her years. She had her career path laid out and wanted to work with the FBI, solve crimes and help people. She was a gifted athlete and both her and Abby had discussed pursuing careers in forensic science. Libby loved baking, painting, and other crafts and worked hard to be the best student in each of her classes. She was active in volleyball, softball, soccer, and swimming. One of her best friends was Abby.

Abby loved being outdoors, riding ATV's and camping. She was also into reading, photography and art. She was known for being fiercely loyal, loving, and rambunctious. She played the saxophone in the school band and met Libby on the volleyball team.

Delphi is a small town in the state of Indiana and it has less than 3,000 people and it's one of the classic, everyone knows everyone type of town.

On February 13th, 2017, Libby German (14) and Abby Williams (13) were hiking on the Delphi historic trail and had the day off school. They were dropped off around 1:35PM by Libby's older sister and were going to be picked up around 3:15PM. At 2:07 PM Libby posted a photo on Snapchat of Abby walking the bridge. The trail that they were on, runs along an old, abandoned railroad bridge, which overlooks the body of water named Deer Creek. The girls were reported missing to police at 5:30 PM after their parents were unable to locate them at the agreed upon pick-up location. The family tried searching for the girls before contacting the police. The authorities searched the area, but didn't feel that there was any foul play, but that soon changed because the girls' bodies were discovered around noon the next day about ½ mile east of the abandoned Monon High Bridge and 50 feet from the north bank of Deer Creek. The bridge is roughly 60 feet tall and is the second highest bridge in Indiana and was built in the 1890's, Due to it's age, there are actually many gaps in the bridge which makes it difficult to walk quickly because you need to keep your eyes on the bridge to avoid tripping.

Search crews had gathered near the Monon High Bridge around 10AM and were planning to expand in separate directions to cover a big amount of land during the daylight hours. They brought in specialized dive teams and k-9 units as well. Shortly after noon, the Delphi Fire Department made a discovery. Around 12:45PM, officials with the fire department followed a set of footprints to a location near Deer Creek. The Delphi Fire Chief reported the discovery as “not good”, and indicated that the girl's bodies had been located. Police didn't disclose details about the discovery right away, but it was public knowledge that the girls were discovered on a large plot of land belonging to a man named Ronald Logan.

On February 15th, 2017, Indiana State Police sent out a still image of an individual that was reportedly seen on the Monon High Bridge Trail near the area the girls were murdered. The photo is grainy and the individual appears to be a Caucasian male with his hands in his pockets. It looks like he has a brown hat, blue jacket and blue jeans. He's walking on the bridge towards the girls with his head down. This person was named as the prime suspect in the double-homicide.

On February 22nd, law enforcement released an audio recording where the voice of the assailant, it's muffled, but sounds like they are saying, “Guys, Down the hill.” The image of the man in the blue coat and the voice recording were discovered on Libby's phone. Police say that she captured additional evidence, but it can't be released as they do not want to compromise any future trial. Police say that the suspect in the photo could range from 18 to 40, but it's possible that his youthful appearance could make him look younger than his true age.

Police also found audio on Libby's phone where they said the girls mainly talked about girl stuff, but they also mentioned the man. This hasn't been released to the public.

On July 23rd, 2019, police received a tip and announced that he was being considered a person of interest in the murders. Paul was wanted for the kidnapping and rape of a 26-year-old woman who pulled into his driveway after she got a flat tire. Paul asked her if she needed help and she got creeped out and continued driving down the road to a friend's place and Paul abducted her. He handcuffed the woman and brought her back to his place where he raped her and held her captive for five hours before finally driving her back to her car. Five days later, he was surrounded by police, prompting a stand-off and he ended his life. Paul closely resembles the first composite sketch. That has caused some confusion in this case, there are two completely different sketches and some of the suspects resemble one, but not the other.

He is a registered sex offender from Indiana and was arrested in Woodland Park, Colorado in September 2017 and charged with threatening strangers on a trail with a hatchet. Police noticed the expired Indiana plates on the car he was driving and they found the outstanding warrants under his name. It was reported that a bicyclist had been fatally shot on the same trail around the same time that Daniel was threatening someone. By February 2018, he was no longer considered an active person of interest in the Delphi murders. This one is interesting because he looks very similar to the composite sketch of the suspect in the blue jacket. Even his wife wasn't able to deny the similarities. She said she had an ultrasound on the day of the murders and believes he went with her, but she couldn't say that she was 100% sure. On February 14th, Daniel and his wife Katelyn drove to the Sheriff's Department so he could register as a homeless sex offender. Katelyn recalled that they watched the news coverage of Abby and Libby's murder and realized Daniel looked similar to the sketch, but there were things that didn't match.

Formerly worked as a pastor and is charged with fatally shooting one woman and sexually assaulting two others, after ordering them at gunpoint into the back room of a suburban St. Louis shop for religious supplies. It was noted that Thomas had a similar build to the man in the photo and he wore a flat cap and blue jacket during this attack. On December 4th, Thomas was charged with 17 felony counts related to the St. Louis case and received the death penalty.

The girls' bodies were discovered on his property and he had been arrested the same week they were murdered on unrelated charges. He had been on probation for a conviction in 2014 for operating while intoxicated and he was a habitual traffic offender. He was arrested for violating his probation by driving to a county dump site on the day Abby and Libby were murdered. Ron was also spotted at a local restaurant drinking alcohol which was another probation violation. Even though this sounds fishy, police say he is no longer a suspect.

This guy's photo looks VERY similar to the composite sketch. The 46-year-old was arrested on January 8th, 2019, during an undercover sting operation in Union City, Indiana. Charles thought he was meeting up with a 13-year-old girl for sex, but was greeted by an undercover cop. He was charged with two counts of child molestation, one count of attempted child molestation, and one count of child solicitation.

Charles had a fascination with guns and regularly posted stories on his two Facebook pages about missing children, sex crimes, murders, and wanted killers. He even posted a few stories about Abby and Libby just days after their bodies were found. He also posted photos of vultures feeding on a bloody human body and bloody knives. Police have stated that there isn't any evidence linking Charles to the murders.

This is an unsolved case and the police believe they are looking for someone that is hiding in plain sight. The Delphi trail is one that is known to locals and it's possible that the killer is someone from the local community. This is an active investigation and an initiative was started in 2017 to install orange light bulbs throughout Indiana to honor the girls and remind the public that the killer is still out there.

There is a $50k reward being offered for information leading to the arrest of a suspect or suspects in the murders of Libby and Abby. Someone knows something. If you have any information, please call 844-459-5786 or you can email tips anonymously to abbyandlibbytip@cacoshrf.com

Man who killed himself in standoff was possible suspect in unsolved 2017 slaying of 2 Ind. Girls